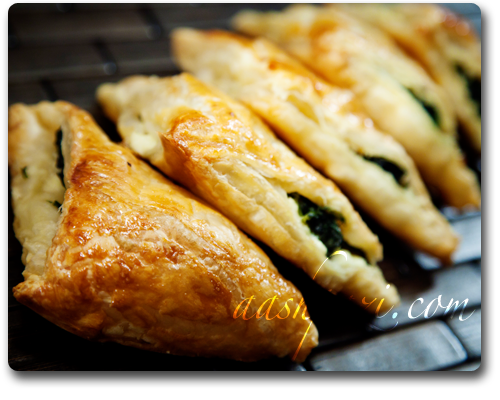 1 Bunch Spinach 2 Tbsp Flour 1/3 Cup Feta Cheese Crumbled 1 Egg PREPARATIONS: 1- Mince the spinach. DIRECTIONS: 1- Roll the doug into 2 x 1 ft rectangle. 2- Cut the dough into smaller squares. 3- Cook the minced spinach (in a microwave) for about 2 minutes. 4- Let the spinach cool down. Squeeze all the liquid out of the spinach. 5- Place one tsp of feta cheese on each dough square. 6- Place one tbsp of spinach (as preferred) on top of feta cheese. 7- Fold one edge over filling and pinch the sides to seal to shape a triangle. 8- Place the boreks into a well floured bakeware. 9- Beat one egg and brush the surface of the boreks . 10- Preheat the oven to 400º F (204º C) and bake the boreks for 20 or until golden.

Borek, burek or byorek is a baked puff pasty filled with spinach and cheese. It is popular in middle eastern and Mediterranean countries. Borek has wide varieties from a region to another. It can be filled by beef, egg, potato, mushrooms or eggplant. 3.5 ounces or 100 grams of borek has 330 calories. byorek contains high amounts of vitamin A and it's low in sugar. 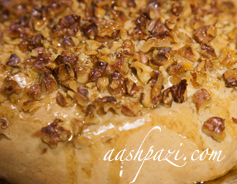 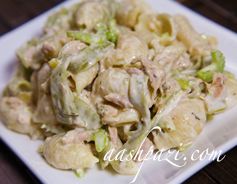